Home › Antibodies › News from the AACR meeting 2013 in Washington, DC

News from the AACR meeting 2013 in Washington, DC

The AACR 2013 Meeting in Washington DC

To find out about AACR you can click on this link:   http://www.aacr.org/home/about-us.aspx

News from the AACR 2013 Meeting

The AACR publishes progress reports on the development of cancer occurrences and advancements made in the fight of cancer.

What have we learned from the AACR meeting?

There were over 5,500 posters presented and I found it impossible to review and read all of them in the period of three and a half days I was attending the meeting. Therefore I can only focus on some highlights of the meeting that jumped to my attention. I am biased based on my interest in subjects, methods and technologies presented.

Here are a few:

And there were many, many, many more to review as well.

What is cancer and why we all should support cancer research?

Everybody is at risk to get cancer independent of age, gender, race, ethnicity, socioeconomic status or political affiliation. In the USA alone one out of every three women and one out of every two man will be diagnosed with having cancer in their lifetimes. Sadly, despite progress made in the diagnosis and treatment of cancer, the grim reality that too many people are losing the battle against this disease remains.

It is estimated that more than 1.64 million Americans will have been diagnosed in 2012 and more than 570,000 will succumb to the disease.

Presently support for cancer research in the USA is waning. This should not be the case. Research performed in the recent decade has shown that cancer research saves lives, fuels the development of new and better ways to prevent, detect, diagnose and treat cancer in all age groups. Since an increasing proportion of the population is over the age of 65 it is predicted that cancer will soon become the number one killer of Americans, a trend expected to occur globally.

Due to the dedicated work of thousands of cancer and biomedical researchers the world over we now know that cancer is not a single disease, but 200 or more different diseases. Even though the diverse nature of cancer is overwhelming we have discovered that some common biological processes are involved in cancer. For example, changes in an individual’s genes alter specific components of the molecular machinery of a cell that drives cancer initiation, development and spread, and that therapies specifically targeting these defects are often beneficial to the patients while having less toxic side effects than older therapies. Biomedical researchers and clinicians are now better positioned than ever to develop and use more effective interventions to save more lives from cancer. Unfortunately, to do so will require the commitment of our society to invest more resources into productive biomedical research enterprises.

It has become apparent in recent years that one of the key areas that promises increased progress is cancer prevention. As a direct result of our scientific understanding of the timing, sequence and frequency of changes on the molecular level underlying cancer development and spreading throughout the body, we now know that there are point of intervention than can be greatly exploited in order to stop certain cancers in their tracks. The goal is to devise and to develop therapies that inhibit the cancers form further development before they do further damage. The AACR Cancer Progress Report 2012 shows that advances in cancer prevention and early detection have resulted in some of the greatest reductions in cancer mortality in recent decades. The implementation of public health measures to reduce exposure to cancer-causing agents, intervening medically to treat or prevent infectious causes of cancer and the introduction of population-based screening practice have contributed to this progress.

It is estimated that about two out of every three (ca. 60%) deaths in the US in 2012 will be due to preventable causes such as tobacco abuse, obesity, physical inactivity and failure to use or comply with interventions that treat or prevent infectious causes of cancer. All these facts underscore the need for continued support of cancer research as well as finding ways and avenues on how to inform the public effectively to encourage and help people to change their behavior before the onset of the initiation and development of cancer. The following table lists the ten most frequent occurring cancers in the US.

The ten Most Frequent Cancer in the United Startes

How does cancer develop?

The Development and Causes of Cancer

Small genetic changes in the somatic genome lead to cancer. Many mutations are necessary for a cell to become a cancer cell.  One change does not lead to cancer right away. Normally many changes are needed to cause cancer. These changes can accumulate over time increasing the risk to get cancer as we age.  Colorectal cancer is the best understood cancer. In the US on average 60,000 deaths are caused by this cancer per year and approximately 135,000 new cases are diagnosed each year. Colorectal cancer develops over a series of steps. An initial genetic change can lead to a change in the tissue. This can lead to the formation of a small polyp in the lining of the colon however cell division in the polyp’s tissue is increased. Over time, further genetic alterations in a cell within the polyp can lead to a more advanced precancerous lesion. Over time, if more additional genetic mutations are acquired a stage of dysplasia, referring to the abnormality of development of a cell, is reached  leading to a change in cell shape. As the genetic changes accumulate causing further cellular changes precancerous lesion may evolve into cancerous lesions within the tissue. Ultimately, as more and more mutations accumulate the cancer cells can gain the ability to metastasize allowing the mutated cells to invade nearby blood and lymphatic vessels.  Mutated p53 tumor suppressor gene and a ras oncogene are frequently seen in colorectal cancer. To allow cancer to occur at least one oncogene and the loss of numerous tumor suppressor genes must happen. Since loss of function of the tumor suppressor is a recessive trait both alleles of the tumor suppressor must be mutated. Further, gene mutations can influence the type of drugs used in cancer treatment. If colon cancer tumors have the KRAS gene mutation the cancer cells do not respond to certain drug treatments that block EGF receptor signaling. Knowing this will allow doctors to select the correct drugs that will kill the tumor cells.

Events and steps leading to the development of cancer are illustrated below.

Several steps are needed for a cancer to develop:

Normal tissue can be viewed as a mosaic of cells in which different X chromosomes (X1 and X2) have been inactivated.  Since tumors develop from a single initially altered cell each tumor cell displays the same pattern of X inactivation (X1 inactive, X2 active). Next, the development of a cancer is initiated when a single mutated cell begins to proliferate abnormally. If following additional mutations select for more rapidly growing cells within the population the result is progression of the tumor by increasingly rapid growth and malignancy. A single initially altered cell can give rise to a proliferative cell population, which progresses first to benign adenomas of increasing size and then to malignant carcinoma. Ultimately, the cancer cells invade the underlying connective tissue and penetrates blood and lymphatic vessels allowing the cancer to spread throughout the body [Source: The Development and Causes of Cancer]. 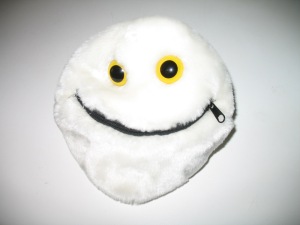 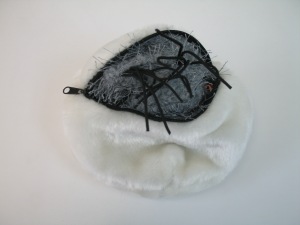 A happy normal cell mutates into a unhappy cancer cell.

Origin of the term cancer

The Greek physician Hippocrates (460-370 BC) considered as the “Father of Medicine” has used the terms carcinos and carcinoma to describe non-ulcer forming and ulcer-forming tumors in ancient times. These words refer to a crab in the Greek language. It is thought that these terms were most likely applied to the disease because the finger-like spreading projections from a cancer looked like the shape of a crab. Celsus (28-50 BC) a Roman physician later translated the Greek term into cancer, the Latin word for crab. Galen (130-200 AD) later used the word oncos (Greek for swelling) to describe tumors. Galen’s term, who was also a Roman physician, is now used as a part of the name for cancer specialists — oncologists.”

Cancer is not just one disease and there are more than 100 different types of cancer. The name for a cancer originates from the organ or type of cell in which it starts. For example, cancer starting in the colon is called colon cancer.

Research suggests that more than 50% of all cancers occurring today are preventable by applying knowledge we have already gained. Tobacco, obesity, and physical inactivity are causes of cancer that can be modified. The application of sound scientific knowledge and ones individual and/or social commitment to change will hopefully decrease the cancer causing burden and help to decrease the risk for getting cancer in the future. Scientific data suggests that an estimated 54.5% of all cancer cases may be preventable and there are research-proven strategies and interventions available that can prevent either a substantial proportion of cancer or a reoccurence after diagnosis and successful treatment.

For example, behavioral changes and interventions early in the lives of young women can reduce the risk for breast and cervical cancer. This is because these cancers develop over years and decades. Vaccination for viruses, physical activity, and avoiding extensive sun exposure has been shown to be most effective when begun early in life. This is true for both, young men and for young women.

Furthermore, minimizing the risk of infections caused by viruses and bacteria also decreases the risk for cancer. Infections with the human papillomavirus (HPV; cervix cancer), Helicobacter pylori (stomach cancer), and hepatitis B and C (liver cancer) together account for approximately 18% of all cancers globally.  It is estimated that HPV vaccination early in life can reduce the incidence of cervical cancer by 50 to 70%.

In addition, our life-style habits influence our cancer risk. How we live, what we eat, how we exercise, which drugs, medications and supplements we take will influence our risk of developing tumors or cancer. Choosing the right nutrition starting early in live may actually help prevent close or more than 50% of all cancers. Lifestyle factors, including our diet, can make a huge difference in helping us to fight off cancer. Some foods, especially ones that contain large amounts of lard, are known to increase the risk of cancer. Other foods support the health of the human body and strengthen the immune system as well. Making smart food choices can protect our health, make us feel better, and boost our ability to fight off cancer and other disease.

Note 2:  SERMs or Selective Estrogen Receptor Modulators are compounds that selectively inhibit or stimulate estrogen-like action in various tissues. Phytoserms are SERMs from a botanical source.

The Long and Difficult Road to a Clinically Useful Drug

The development of a drug that is clinically useful is a long and winding road. Ultimately phase III during clinical trials will determine if the drug is useful and will make it to market. This is illustrated in the next figures. 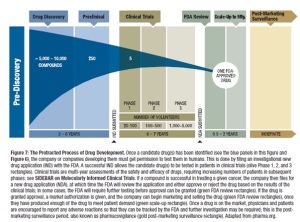